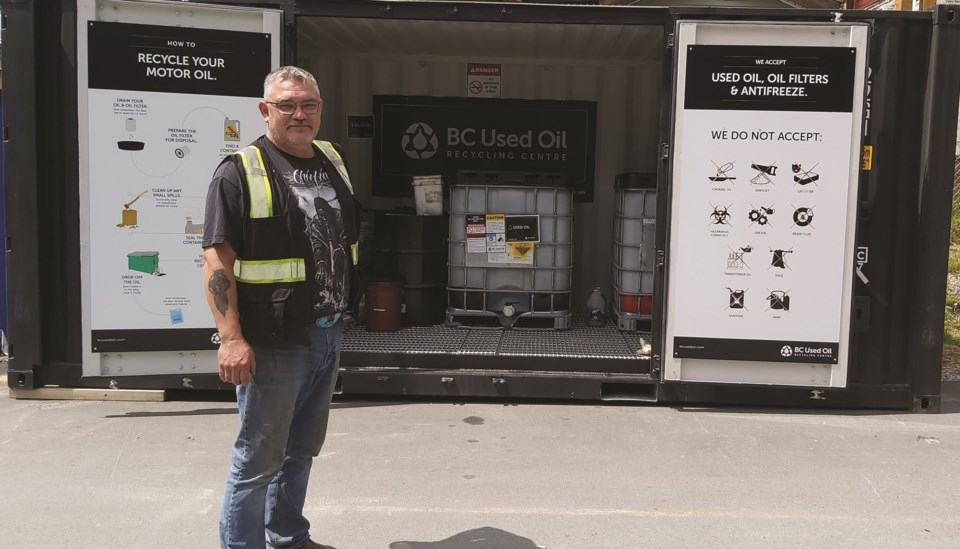 Mount Currie is the first Indigenous community in B.C. to receive an infrastructure grant from the BC Used Oil Management Association towards a return collection station—and the Lil’wat are now working with other First Nations to install similar facilities.

The six-metre modified sea container, which has been in place in Mount Currie for several months, helps facilitate the collection and recycling of used oil and antifreeze filters and containers.

“Because we’re one of the bigger nations, we have a lot of used oil that comes in to our transfer stations,” explained Calvin Jameson, the Lil’wat’s public works superintendent and president of the Indigenous Zero Waste Technical Advisory Group (IZWTAG). “We did have one at the previous gas station, an oil tank there, but the corporations were getting annoyed because [people] would drop off their full jugs and wouldn’t dump them out or anything, so they always had to clean it up.”

The grant was for approximately $25,000, said David Lawes, CEO of the BC Used Oil Management Association, which also recently became the first associate member of the IZWTAG, a non-profit founded last year by Jameson and others with a mandate to assist and train First Nations in implementing zero-waste programs. The group is currently working with more than 60 communities across the province.

“I see it being a coordinated effort on behalf of the First Nations communities to make it easy for us and other recycling organizations to work with them,” said Lawes. “As well, they have some collective initiatives and an action plan that they’re working on and we want to support.”

Installing more return collection facilities like the one in Mount Currie is just one benefit of the partnership with IZWTAG, Lawes added.

“That’s one of the obvious practical results we hope to get, but there are other things, too: province-wide communication with the First Nations communities; we see [IZWTAG] being the home of all that,” he said. “I also really like the training aspect that they’re talking about putting together to be able to go into communities and train local people on how to operate the depots.”

Jameson said he was proud to see the Lil’wat being such an integral part of IZWTAG’s work, and he’s hopeful to play a role in improving how waste is collected and managed in different First Nations communities.

“We have burnt our garbage throughout some of the First Nations and we’d put the garbage in the ground. Well, that contaminates our drinking water,” he said. “Part of being the public works superintendent is also being a water operator … So if we don’t start cleaning up our reserves, where are our children going to be in 10 years?”

“We’re looking to put more of these facilities into similar communities, so if anyone is interested, give us a call,” Lawes added.

To learn more about IZWTAG and its mission, visit izwtag.com.

Read about the BC Used Oil Management Association at bcusedoil.com. 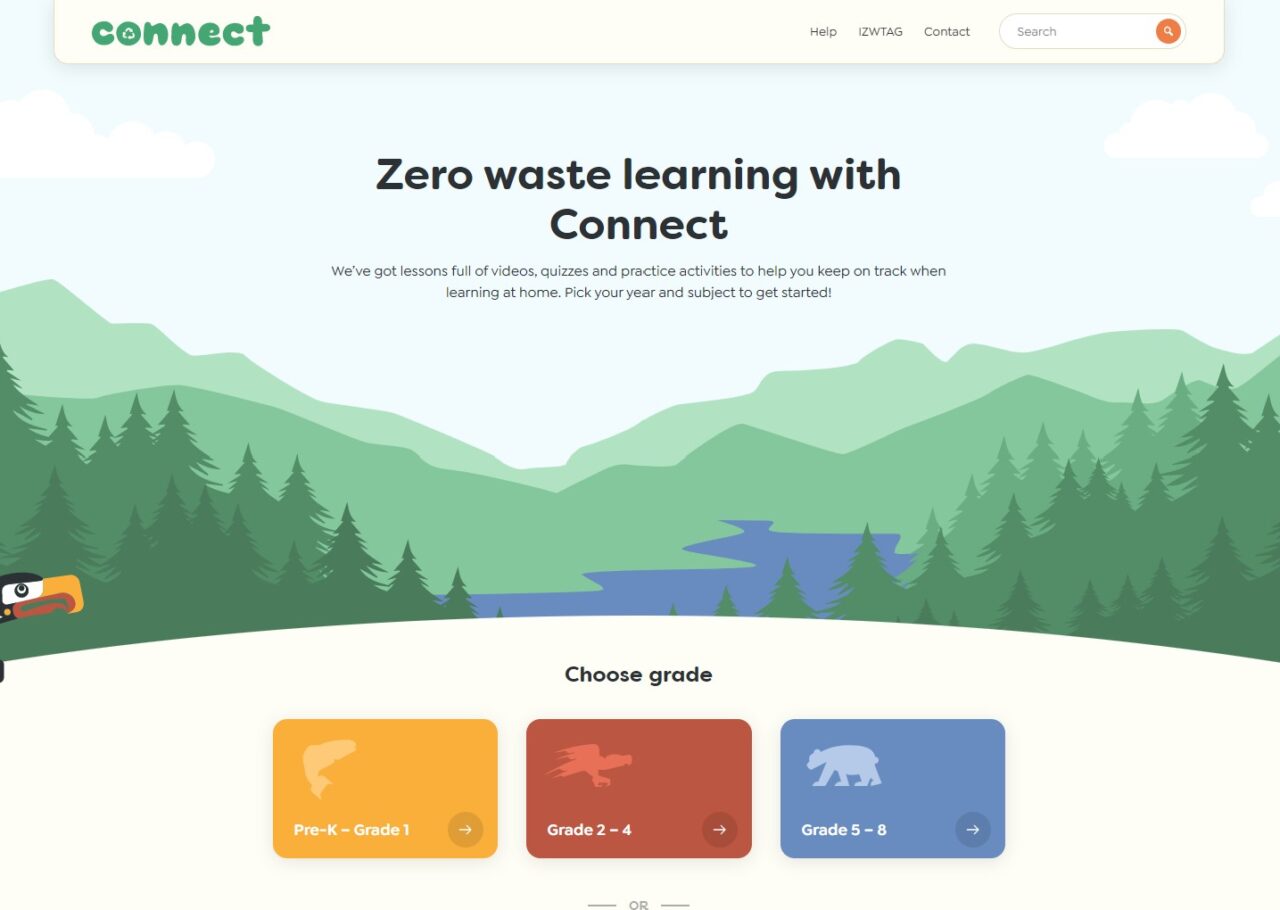 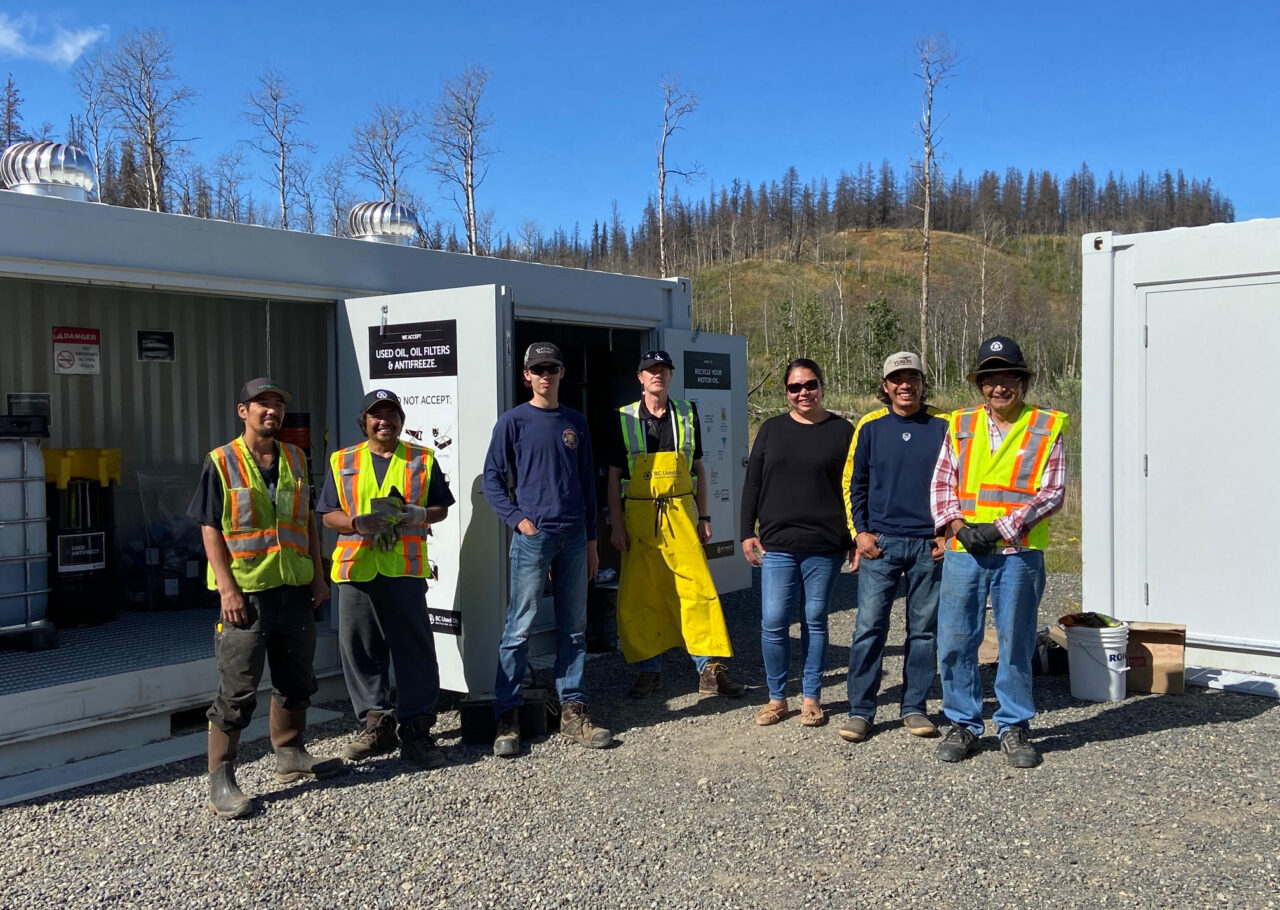